Carnelian is the stone that sends a ‘good luck’ message to the world! The Carnelian has been a talisman of luck throughout the ages. It was worn as a positive wish stone in a variety of eras. Most notably the royal environments of the 18th Century French and English regimes.

Carnelian is a stone that brings warmth and inspiration and has been worn for protection, empowerment. In some civilisations as a symbol of certain status. 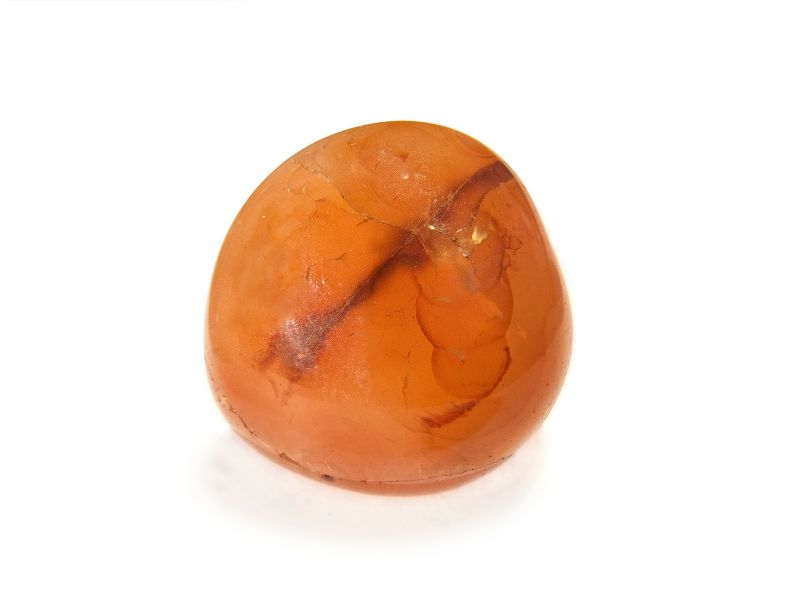 This is not an extensive history of the Carnelian crystal. Instead of a dip into the myths and facts that have fascinated our team. We thought we would share with you! 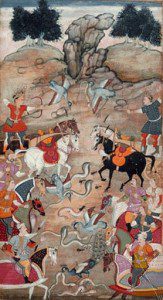 Ancient warriors considered the carnelian to be the stone of courage and used it in battle—the Thirteenth Century book of mythical text, The Book of Wings.  Raziel indicates that carnelian was used to halt blood flow and grant honour to the stone’s wearer.  This belief extends into one of the present uses of carnelian. Consequently, that of being worn by a person who may be timid or quiet. So to give them the courage to make themselves noticed and heard.

In Knossos in Crete, artefacts that contained Carnelian were discovered that date back to 1800 BC. This area housed the hierarchy and political community of the Minoan civilisation in the structure of the palace of Knossos. A series of workrooms and home areas were unearthed close to a central square within which murals, pottery and seals were discovered containing carnelian stone engravings. 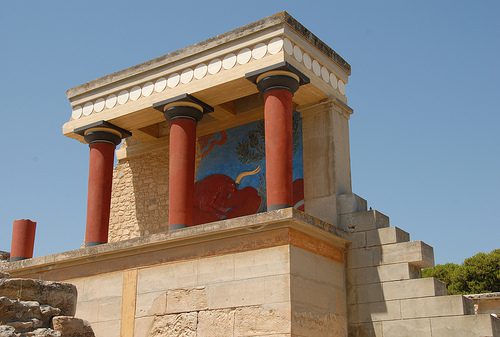 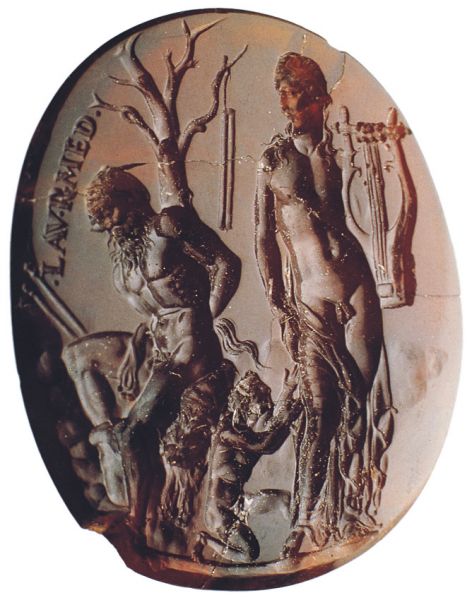 In the Pakistan region of Mehrgarh there lies a hugely important Neolithic site. One that showcased the farming life of the time for archaeologists, dating back up to 6500 BC. There, it was discovered that the ancient drilling tool, the bow drill, was used to drill holes into carnelian. It was said to create friction to spark an ember for fire. A very apt use as it is said that the warmth of the carnelian stone was often used as a symbol of fire.

Carnelian was also predominately used in Roman times for engraving purposes for seals. The carnelian stone did not stick to hot wax and so the engravings were used for the emblem imprint on the seals which were then used to protect essential documents through travel.

In Egypt, the carnelian is one of the oldest crystals to have been mined. It was said to have been worn as a symbol of architectural status by ancient Egyptian architects who could display their elevated rank as a builder. This symbol carries through to one of the carnelians’ present uses as a stone of professional support for builders, architects and construction workers to assist in the creation of structures.

In ancient Egypt, the stone was described as ‘the setting sun’ and was also used in the Djed Pillar Amul, representing the god Osiris’s backbone. The amulets were placed on mummies in order to provide endurance through eternity with the carnelian purporting to symbolise the regeneration of life.

The stone signifies luck and loyalty in eastern countries to this day. The Prophet Mohammed was said to wear the carnelian stone in a ring to protect from evil and jealousy. It became a worn symbol of protection for many in the Eastern world and was typically carved with prayers asking for luck and to keep envy and jealousy away from the wearer.

Today the carnelian stone is a stone of courage and leadership, it brings love and warmth through its fiery red hues whilst providing motivation and stability thereby creating an assured direction of ones path in life.