The fiery stone Topaz was thought by some to be derived from a word in the ancient Sanskrit language. Tapaz or topas, meaning , you guessed it: fire. More commonly it is thought the captivating topaz stone was named for the small island in the red sea; Zabargad.

Zabargad was previously called Topazios and this is where, what was thought to be the mineral Topaz, was found in abundance. It was then discovered that this particular island mineral was in fact peridot or chrysolite which has often been confused for topaz.

Whatever the origin of the name, topaz is indeed a fiery gem of a crystal that comes in a range of colours that include red, yellow, blue green and even colourless. 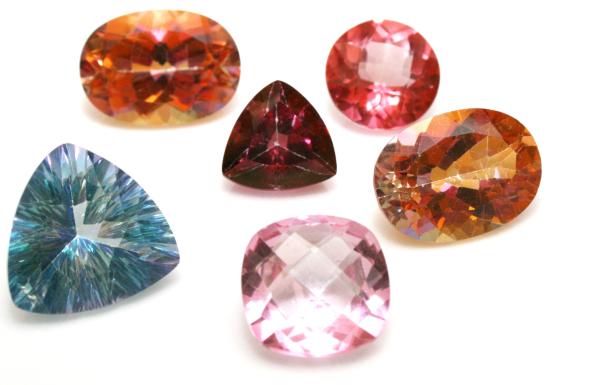 This is not an extensive history of the topaz crystal. Just a few intriguing snippets of topaz insight from the realms of time that the team from International Crystals wanted to share with you! 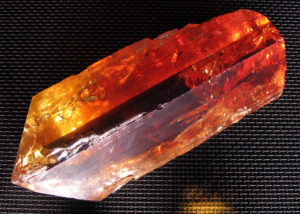 The ancient Greeks revered topaz because of their belief in its power of strength. They thought that if it was worn it would increase strength and also provide a cloak of invisibility in times of crisis and desperation.

The Romans were firm in their belief that the crystal could help them to maintain a clear vision and improve their eyesight. As well as the Egyptians, the Romans associated topaz with their revered Sun God. The Egyptians also deemed to wear the stone in amulet form to ward off accident and injury.

Indian culture believed that topaz was a stone of creativity that is beneficial to craftsmen and creative types such as writers and artists. The reason was that they believed the mineral opened the throat chakra. Thereby releasing a wealth of strong self-expression.

The imperial topaz got this name through the crystals popularity as an ornamental gem in the Royal stratosphere. The crystal, with a wealth of red hue, was worn by the Russian Czarinas in a variety of jewellery types. Hence the term ‘imperial’.

Topaz was also a famed asset in the Portuguese Crown Jewels. It was actually originally thought to have been a diamond at first due to the fact that this particular specimen was colourless. Named the Braganza Diamond, the stone is over 1600 carats