This strikingly dark and sharp mineral, obsidian, is the result of a fabulous volcanic flow formation and was utilised extensively in certain Stone Age cultures as tools for cutting and engraving. To produce artefacts, weapons and other tools. It is still used in certain industries today due to its cuttingly sharp qualities. 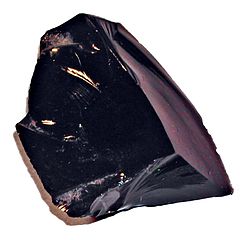 This is not an extensive history of obsidian, rather a dip into the myths and facts that have fascinated the team at International Crystals which we thought we would share with you! 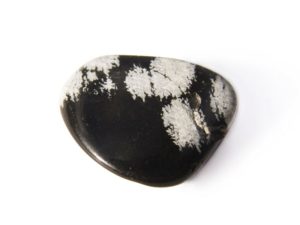 A fantastic feature of obsidian is its variety in appearance due to the various types of impurities that embed during the formation process. (see the Snowflake Obsidian, left). This makes it a versatile mineral in which to craft visually appealing ornamentation and jewellery. It also enabled archaeologists the ability, in a lot of cases, to trace the various types of obsidian back to its origin of excavation. This allowed historians to determine an insight into the trading practices and distances in the geographical locations of where it was discovered.

Obsidian as a Stone Age Tool

The obsidian mineral was highly regarded in many Stone Age cultures for its ability to be crafted into a variety of tools and weaponry. Similar to flint, it could be splintered to form sharp arrowheads and cutting blades. It’s highly reflective surface meant that it was also utilised as an early mirror type.

A recent discovery in Arteni, Armenia has uncovered the extent of the Stone Age tool making industry there, The National Geographic reported that: 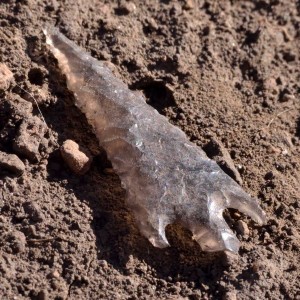 Every square foot of ground, as far as the eye can see, is carpeted with fragments of glassy obsidian, many of them chipped and flaked into razor-sharp weapons and tools. “We are looking at the remains of a gigantic open-air workshop,” says archaeologist Boris Gasparyan of Armenia’s National Institute of Archaeology and Ethnology. Countless blades, hand axes, scrapers, chisels, arrowheads, and spearheads produced at the mountainside “factory” circulated over a vast exchange network that long precedes the oldest recorded instances of formal trade.

Estimates of Arteni’s output are staggering. Active production is thought to date back to the Lower Stone Age, when the region’s first skilled artisans were early Neanderthals. Their successors mined the same materials up to 1000 B.C.E. Gasparyan and his Armenian associates, along with their American, Japanese, and European collaborators, have harvested thousands of Paleolithic tools at Arteni and other local sites.

The types of tools from the Stone Age were made through fracturing obsidian to create sharp flakes. This is termed as stone knapping. UC Berkeley post-doctoral researcher, Thomas Morgan, demonstrates stone-knapping, how hominin ancestors in the Stone Age crafted these cutting tools to carve up the fruits of their hunt. Morgan’s research into this practice suggests that, when passing on this skill to younger generations, the production methods drove the enhancement of communication and language in this era. 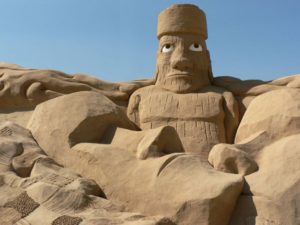 The versatile obsidian mineral was used by the Rapa Nui people on the Chilean Polynesian island of Easter Island. Between the years 1250 and 1500 CE to carve the monolithic human figures of the Moai. The tribute at the time to their ancestors and a belief that they would hold their sacred spirits.

Black obsidian or red scoria was used in the pupils of the statue eyes which have been replicated as many of the Moai figures were excavated and found that this part of the figure had dissipated. An interesting point to note is that although the Moai figures are full bodied statues, they are commonly referred to as Easter Island Heads. This is because many were buried up to their heads until they were fully excavated!

To this day, obsidian is used in certain operating theatres as a surgical cutting tool due to its razor sharp features which are said to be up to 200 times sharper than a normal steel surgery scalpel. This however, is not a new practice. A full medical kit containing obsidian instruments was discovered in an ancient Peruvian tomb that contained a chachalote (sperm whale) tooth knife, bandages, balls of cotton, and thread. 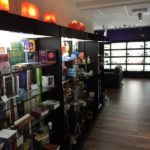 These are glimpses into the practical uses of obsidian. However it has fantastic value as a protector against negativity if used carefully.  For more on obsidian and other alluring crystals and minerals, arrange a visit to the International Crystals Showroom. Or peruse the beauty and vitality of each crystal at our online store.