Amber is derived from fossilised tree resin and can also be found in coal seams, where it is termed as resinite. Therefore not technically a Crystal

The types of Amber vary due to the degree and mix of chemical compounds and, as Amber originates as a soft and sticky resin mass that transforms to copal, it can also contain traces of plant and animal inclusions.

Amber can be found along coasts as it is cast up from the seafloor and dredged or mined from underground galleries. When extracted, nodules of blue earth are removed, and its opaque crust either eroded or removed by sand and water.

Amber is amorphous rather than crystalline and has a very low density, enabling it to float in saltwater. The leading source is in the Samland Coastal area of Prussia, which is known as the Kaliningrad Oblast of Russia. (changed in 1946)

The name is derived from Arabic and referred originally to ambergris. It has sometimes been called Kahroba, which is a Persian term meaning that attracts straw.

Its source shores are the Baltic sea, yet it has been found on Neolithic sites away from source surmised due to trade routes established before the bronze age.

It is widely used in jewellery and more intriguingly for the mouth peace of pipes. The Turks use it in this regard as they say it is incapable of spreading infection when passing the lines from mouth to mouth.

Amber is unusual in that the resin can contain exquisitely preserved plant structures, organisms, bugs and crustaceans. Anything that became covered by the resin when before it fossilised. The cavities shown in Amber are said to be where these organisms have disappeared.

Amber appears in various colours that, apart from the famous orange, yellow/brown, can range from white to almost black or, in rare cases, red, blue and green.

It usually appears in a translucent form that can be easily cut and polished for jewellery.

The types of Amber mainly refer to its colour of geographical source. These include:

The following is a list of healing attributes associated with Amber.

Mental: Amber strengthens the belief in yourself and assists in positive mental well being.

Physical: Amber is a healer in many areas, especially the spleen, gall bladder, stomach, joints, liver intestine, glands and mucous membrane. It is an aid against allergies, diabetes and rheumatism and also helps children with teething issues.

Birthstone:                  Amber is a non-traditional birthstone for November, and it is associated with the Zodiac signs Leo, Aquarius, Pisces, Cancer and Scorpio 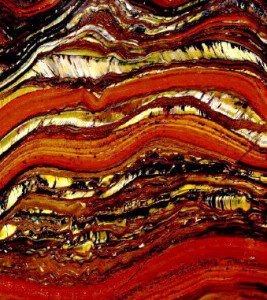 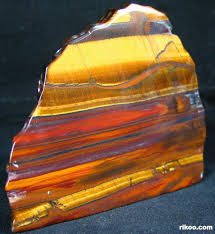 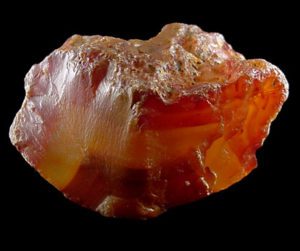 The Carnelian crystal is a perfect pick-me-up stone. It is largely found in India and derives from a mineral of the Quartz family known as Chalcedony (Cryptocrystalline). Its name descends from the Latin word meaning flesh coloured. The stone is an agate class of chalcedony bearing protection energies. This second chakra stone varies from deep brown red to red orange hues.

Carnelian was once considered strictly the property of the noble class. People who held high social statuses were buried with this stone. Carnelian is one of the oldest stones used for jewellery dating back to 3000 BCE and was found in Egyptian tombs. It is one of the oldest protection stones acting as a guardian from negative forces and activates the first three chakras to bring a surge of life force and creative energies.

Carnelian is found primarily in India as well as various sites in South America, Brazil, India, Siberia and Germany. It is a variety of chalcedony. The most favourable are deep red to red orange hue in colour.

Carnelian is very similar to Sard which is harder and darker but are both varieties of the silica mineral chalcedony and coloured by impurities of iron oxide. Carnelian is formed by silica-rich water percolating through cavities and fissures in volcanic rock. It does not have a typical lattice, usually found in quartz, it is formed from the dissolving of other minerals containing silicates. The packed fibres form in concentric circles or parallel bands,

It is a crystal of courage, vitality, sexuality, action and confidence. The stone promotes positive life choices, increases self-esteem, creativity and acts as a motivation for success. It enhances the energies for creating your dreams into a reality.

It promotes idealism, a sense of community and pragmatism. It encourages vigour, courage, stability and good moods.

Mentally Carnelian aids mediation, analytical skills and concentration. It aids memory including recalling past lives. It is one of the most healing crystals for healing trauma, stress and emotional wounds which have accumulated in the etheric body and are manifesting as physical properties