The rich royalty of the colour of the ruby has attracted the eyes of many throughout the ages.

With the name derived from the Latin word, ruber, which means red, the deep colour of the ruby has signified passion, lust, anger and intensity that has mirrored the association with the colour red in many other ways.

The difference with the red ruby, as a gem, is the richness and royalty that has been associated with the wearing of the stone. In fact, in the ancient language of Sanskrit, the ruby is referred to as ratnaraj, meaning king of precious stones.

Through history, many thought it signified the life blood flowing through each and everyone’s veins and, hence, it was thought to bring the power of life to the wearer. 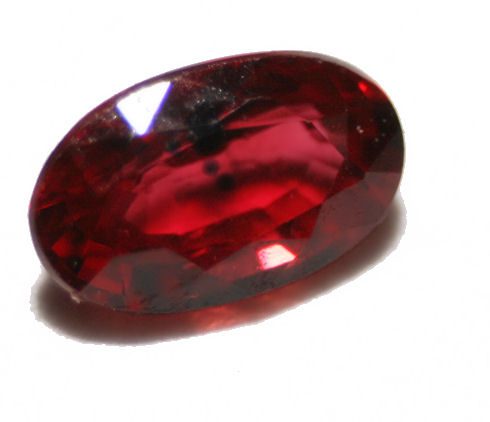 Named as one of the four precious stones, along with Sapphire, Diamond and Emerald, the Ruby has stood out in history due to;

Whilst the team at International Crystals are mainly interested in the impact of our crystals on you as a person, we thought it would be fun to bring you into some fascinating insight about six major rubies that have made their mark on history. 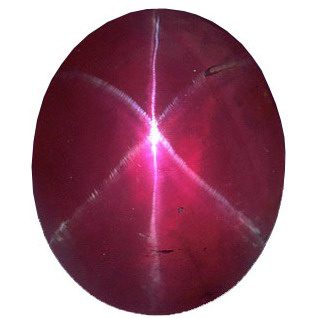 The early history of this exquisite large ruby with a star formation is unclear however it is known that it is sourced from Sri Lanka. It surfaced in London in the late 1950s where it was cut and shaped so as to ensure the ruby star was centred.

It was bought by the American advertising executive, Rosser Reeve, who carried it around in his pocket for luck and was purported to refer to it as ‘his baby’. He donated the stunning star ruby to the Smithsonian in 1965.

The Liberty Bell ruby was the largest mined ruby of its time and was sourced in East Africa in the 1950’s. 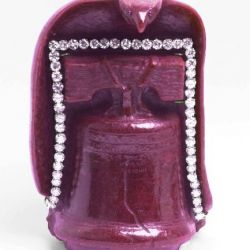 The appeal of the Liberty bell ruby was not the quality of the gem but the uniqueness of the sculpture as it was fashioned in to the liberty bell shape and guarded by an eagle and embedded with fifty diamonds depicting the number of American States.

It was stolen in a heist in 2011 from the Stuart Kingston Jewellers in Wilmington where it was awaiting a potential sale to a philanthropist who was, also potentially going to donate it to charity.

In 2014 four men were arrested and indicted on charges relating to the heist though there has been little hope that the €2 million valued ruby will be recovered. 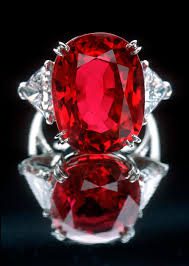 A ruby of 23.1 carats, the Carmen Lucia is named for the Brazilian born wife of one of the founders of the famous Subway sandwich chain; Peter Buck.

The ruby’s mining origin was the Mogok region of Burma, now known as Myanmar where it was sourced in the 1930’s. It passed through the hands of many European families until it was bought by a New York jeweller and hidden away in a safe deposit box.

Carmen Lucia had admired the gem and after her untimely passing her husband decided to acquire it in her memory and donate it in her honour to the Smithsonian National Museum of Natural History where it can be viewed in the museum’s National Gem Collection, part of the Janet Annenberg Hooker Hall of Geology, Gems and Minerals.

This cachabon, six ray star ruby was sourced from Burma in the 1930’s and weighed 100.32 carats. It was purchased by Mrs. Edith Haggin de Long from Martin Leo Ehrmann in 1937 for $21,400 and donated to the American Museum of Natural History in New York. 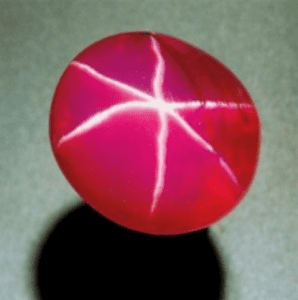 What is fascinating about this story is that the ruby was subsequently stolen and held to ransom in a heist in 1964 along with the famous jewels; the Star of India and the Midnight Star. The latter two gems were recovered in a locker in a bus depot in early 1965 but there was no sign of the De Long Star Ruby.

Months of negotiation followed with an unknown communicant who held the De Long Star Ruby. The negotiations ended when a ransom deal was struck for $25, 000. This was paid by a wealthy businessman, John D MacArthur who oversaw its recovery at a designated drop off spot which just happened to be a phone booth in Florida of all places!

The World’s Most Expensive Ruby 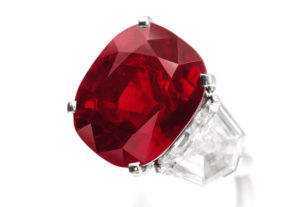 Named the Sunrise Ruby, this stunning gem is the world’s most expensive ruby and considered to be amongst one of the rarest of all gemstones.

Dorothy would be Proud!

We cannot write a post about the beauty and alluring appeal of the ruby without the mention of the tribute to Dorothy’s famed ruby slippers from the endearing film, The Wizard of Oz! 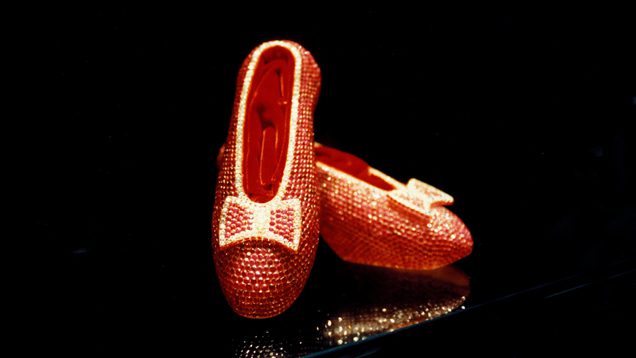 The Chairman of the Harry Winston jewellery Company commissioned a set of real ruby slippers to commemorate the fiftieth anniversary of the film.

The slippers are said to incorporate 2,329 rubies and diamonds on each shoe that measure a teeny size 4 shoe size and the sparkling ruby red footwear is said to be worth $3 million.

They would certainly have your feet dancing!