With a mining history dating as far back as the 7th Millennium BC in the Sar-i-Sang mines in the Badakhstan region of northeast Afghanistan, Lapis Lazuli has garnered popular appeal from multitudes through the ages.

The exquisitely deep blue stone, often attractively flecked with the gold hue of pyrite, has been used time and time again through civilisations, for decorative, ornamental and practical purposes to fortify the belief of the mineral according to the wearer. 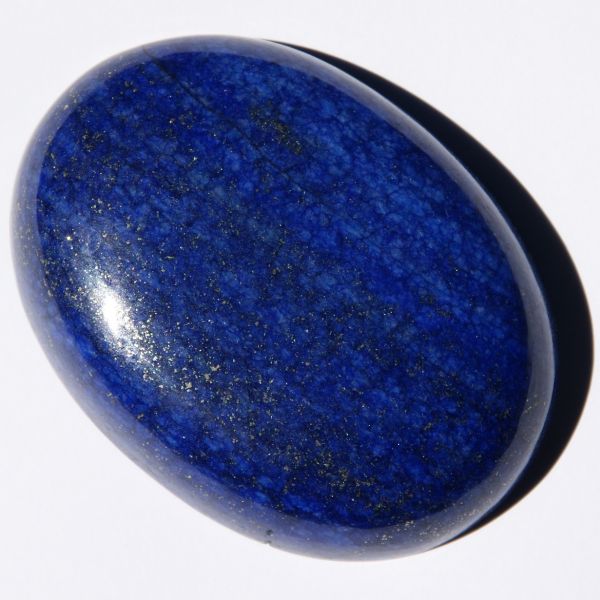 Lapis Lazuli long been considered to have been the fifth stone in the original breast plate of the high priest and has also, throughout the ages, been linked to famous artistry due to its vibrant colour being utilised as a pigment for early paintings and crafted sculpture.

This is just the tip pf the iceberg though, there are so many references to the beauty and uses of Lapis Lazuli throughout history that define it as a stone that held significance for many.

This is not an extensive history of the Lapis Lazuli crystal, rather a dip into the myths and facts that have fascinated the team at International Crystals which we thought we would share with you!

The mineral was also used for ornamentation in the ancient Mesopotamian Sumerian City-State and artefacts were discovered in the Royal tombs of Ur that highlight the use of Lapis Lazuli at the time. The excavations took place between 1922 and 1934 and were led by the archaeologist Sir Charles Leonard Woolley who, amongst the 1850 burials unearthed, discovered 16 that were regarded as the Royal Tombs and contained the historical artefact, The Standard of Ur.

The Standard of Ur is an intriguing mosaic that was discovered in a tomb associated with Ur-Pabilsag; a king who was said to have died around 2500 BC. It was found in a corner of the chamber close to a man with a pole, lending the assumption that the mosaic had previously been affixed to it, which is why Woolley gave it the name it is known by now; The Standard of Ur. 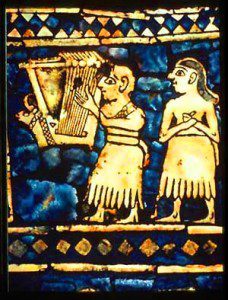 The mosaic of the standard used was crafted by materials that included Lapis Lazuli and shell with the mosaics cemented together by bitumen glue. The recovered mosaics depicted scenes of war and peace. War was interpreted to have described early representations of the Sumerian army and their battle and capture of the enemy. The captured enemy appeared in naked form on the mosaics as this was how Mesopotamia, at the time, symbolised death with nakedness.

The Peace mosaic depicted the King hosting a banquet at which there appears to be a lyricist or musician to provide the entertainment. Other images showed men drinking from cups and the food of the time such as small fish. A fascinating insight into history embedded with the still vibrant blue of the Lapis Lazuli!

Lapis Lazuli in the Egyptian Era

Across the Mediterranean in ancient Egypt, lapis lazuli was a popular stone for use in ancient scarabs which have been a widely used source of historical interpretation for historians due to the carvings and inscriptions on them which have stood the test of time.

Lapis Lazuli has also been discovered in Pre-Dynastic Egyptian sites. Pre-dynastic refers to the time from the earliest settlements until the time of the first Pharaoh Narmer around 3100 BC.

A site near Naqada on the Western banks of the Nile unearthed artefacts that included ornamentation inlaid with the deep blue of lapis lazuli that dated back to the insightful Naqada culture of the time. The image shows a bone sculpture recovered from Naqada inlaid with the startling blue eyes of the lapis lazuli. 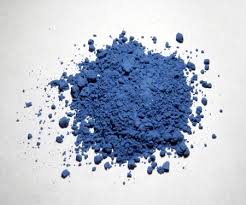 The lapis lazuli mineral was used widely in Egyptian culture in a variety of ways. As well as the scarabs, it was also used in pendants and amulets and other jewellery. It was also used extensively as a pigment as it was ground into powder for use as dyes and even eye shadow. (It was said the Cleopatra adorned her eyes with the blue pigment.) The dyes were used on the garment cloths of Royalty and priests as it was said to define their status as aligned with the Gods.

The burial tombs of ancient Egyptian Kings and Queens were infused with ornaments that were embedded with lapis lazuli; this included the inlaid ornamentation of the golden sarcophagus of King Tutankhamen. As noted by the crystal author, Raphaell, the Egyptians believed that the vibrant blue of the mineral was a stark contrast spiritually to the desert sand landscape of their environment and the pyrite flecks of gold mirrored the stars in the night sky. They believed that by meditating with these colours, the spiritual vibrations and forces would transform their lives. 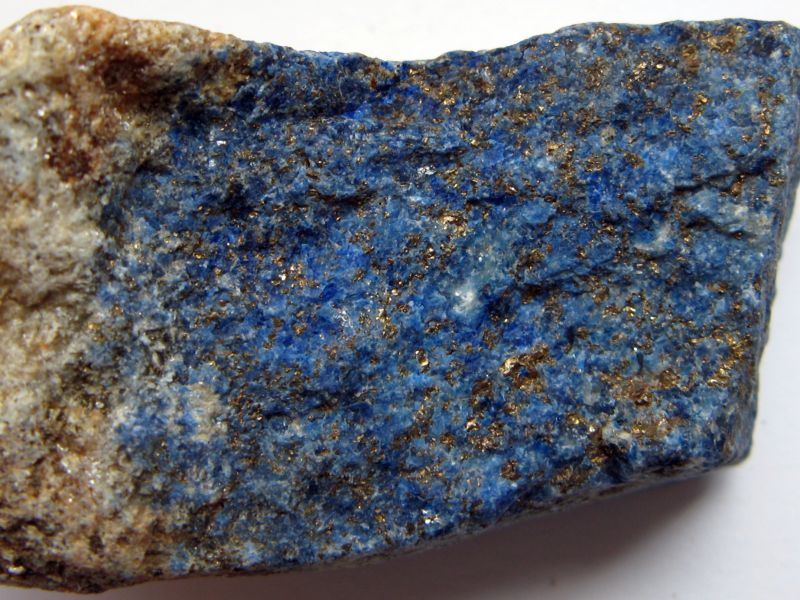 The author also indicates that the lapis lazuli mineral was used to heal through medicinal creations. As the Egyptians believed that the soul was housed in the brain and existed in the mind, they thought of lapis lazuli as a soul purifier and a healer of the mind. The stone was ground into powder and mixed with gold and used as a poultice placed on top of the head to draw out any existing demonic possession of a person. Sometimes a hole was actually drilled into the skull and the medicinal mixture poured into the head! 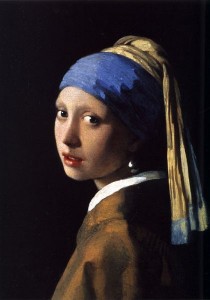 Lapis Lazuli on Vermeer’s Girl with the Pearl Earring

We had to mention the use of Lapis Lazuli in the revered and iconic painting by the Dutch painter, Vermeer!

At the time the Girl with the Pearl Earring was painted in the mid seventeenth century, most artists were using the cheaper, azurite, for the blue pigmentation in their art. Vermeer however chose to use the highest quality paints which are thought to have been hand ground by himself, even though there were signs of paints starting to be produced about this time.

Used on the turban of the Girl with a Pear Earring, the first coat was a mixed opaque palette of white lead with the ultra-marine blue of lapis lazuli and then this was glazed with a very thin layer of the startling blue mineral pigment. Thus creating the iconic picture that is instantly recognisable today!