Malachite is both a stunning and rare crystal that has increased its rarity due to its popularity way back through time.

This copper carbonate hydroxide mineral has a spectacular visual appeal comprised of deep vibrant green and black bands that have enchanted civilisations throughout history. The malachite stone was thought to increase wealth, protect the traveller and fortell impending disaster. 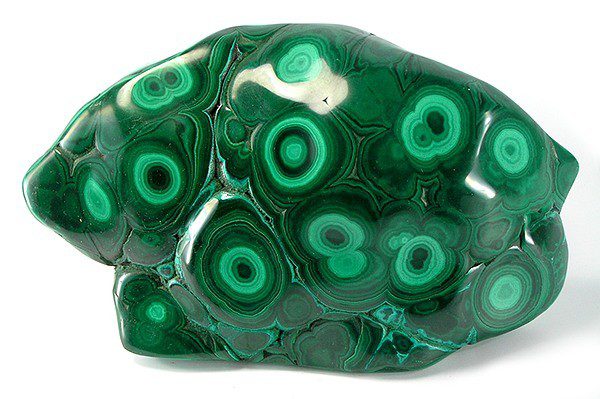 This is not an extensive history of the malachite crystal, rather a dip into the myths and facts that have fascinated the team at International Crystals which we thought we would share with you!

Winding back to the myths and legends of the Gods and Goddesses of Ancient Egypt and a name that stands out is that of Hathor, the Lady of Malachite who was also referred to as The Great One of Many Names.

Because she had many names of course!

The Goddess was strongly linked with the Milky Way which was said to represent the milk from the heavenly cow’s udders falling down to earth and, thus, she appears in pictoral and visual sculpture in the form of a Goddess figure pictured with the head of a cow.

As the Mistress of Heaven and the Celestial Nurse she was also said to have nursed Pharaoh and was strongly linked to women as the Goddess of fertility. 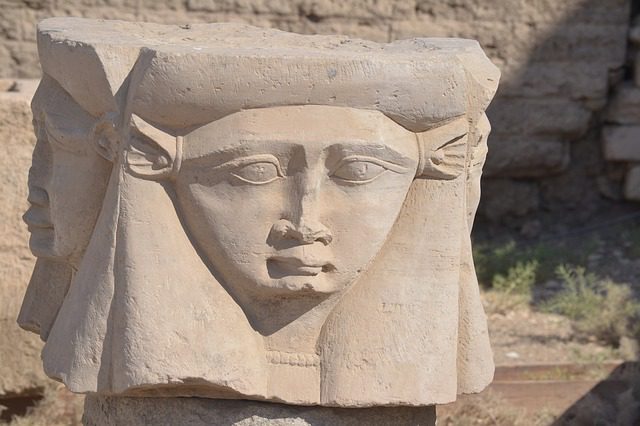 That’s not all though! Here’s the link to the stunning beauty of Malachite!

Hathor was also known as the Goddess of Beauty and linked to the wonderful cosmetics of Ancient Egypt. This included the impactful kohl eyeshadow that was worn at the time of which one type was formed from ground Malachite.

Malachite was said to be the source of one of the first industries of the Sinai area of Egypt which is now known as the Suez Canal. As far back as 4000 BC the malachite crystal was popular with the Egyptians for its therapeutic properties as it was believed that the startling green stone was a protector against the plagues of the time.

Cholera was endemic and the slaves who mined the mineral appeared to be unaffected by the disease so it was common for malachite to be worn around the arms and head in order to ward off the disease.

The mines were said to be under the spiritual realm of Hathor who was called the Lady of Malachite as the stone was also said to bring joy and happiness. In fact, inscriptions of worship to Hathor at the ruins of the old mines can still be seen today.

In ancient Greece the stunning malachite was used by children’s cradles and beds as it was thought it would protect against evil spirits. Amulets of malachite were also fashioned for children for this reason.

At the time, the sun was known as the protector of all things evil from ‘the dark side’ so to ward off these dark forces an image of the sun was engraved into malachite and worn or carried as protection.

The stone was also used by adults for jewellery and ground into powder for cosmetic eyeshadow, however one of the most famous uses of malachite in ancient Greece was as decorative ornamentation in the famed Temple of Artemis.

The famous first century philosopher and Roman historian, Pliny the Elder described the Temple of Diana as being extensively decorated with malachite. When built, the structure was four times as large as the Parthenon of Athens.

Large deposits of malachite were mined in the Ural Mountains of Russia and was a favourite of the Tsars of Russia who used it extravagantly to decorate their properties.

When we refer to large deposits of malachite, these were normally mined at around 20 tonnes a time with the largest deposit weighing an almighty 260 tonnes. The extensive use for decoration saw that the mines were near depleted in the 1800s. 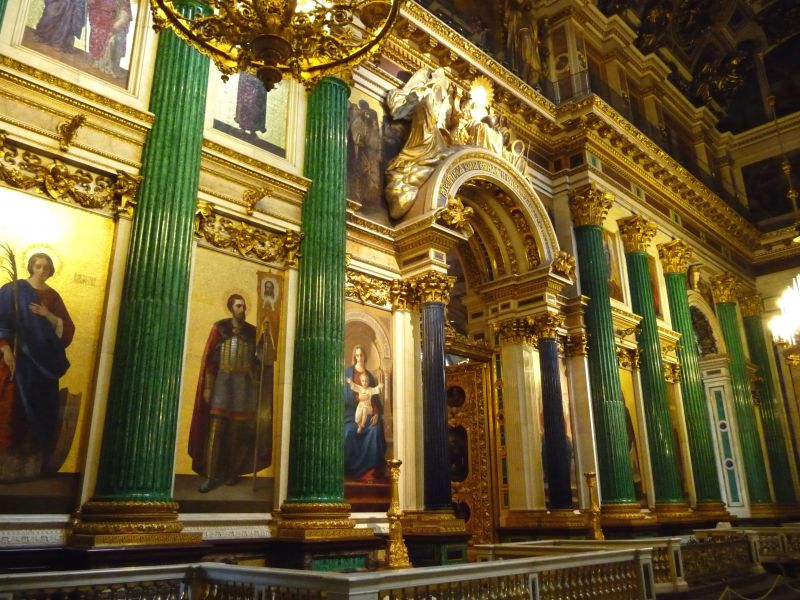 The malachite was put to good use though! The Grand Kremlin Palace in Moscow housed gigantic malachite veneered pilasters in the Royal Tsar’s private dwelling named Catherine Hall. The stone was also used in the Corinthian columns that supported the icon wall within the realms of St Isaac’s Cathedral in St Petersburg. 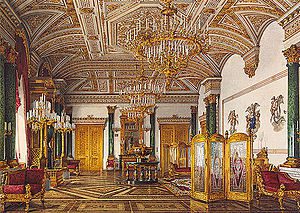 Still in St Petersburg, the famed Hermitage Museum contains a room dedicated to the beauty of Malachite, aptly called ‘The Malachite Room! The Hermitage museum was once the Winter Palace of the Russian Royal Family and the Malachite Room was the drawing room of the wife of Nicholas I; the Empress Alexandra Fyodorovna. It was totally made of Malachite and contains spectacular decorative vases that showcase the beauty of the malachite stone. 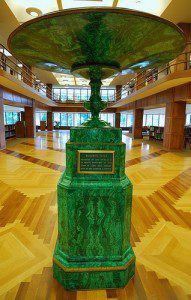 One of the largest pieces of malachite in the US is in the form of a Tazza that was given to the German born philanthropist August Heckscher by Tsar Nicholas II in 1910. It was donated to the Linda Hall library in 1972 and is a focal centre piece of the main reading room to this day.