When you see or hear the word turquoise, thoughts can automatically turn to the vibrant blue hue of the aqua shaded colour that the name emits. Then we think of the crystal that supports that colour. A crystal that has been a significant gem stone throughout history where it has been a feature in many civilizations in a variety of ways. It is thought that the name was derived, in the 13th Century. Its from the French word pierre tourques which means Turkish stone as it was thought to have travelled from Turkish mines in the historical Khorasan Province of Persia 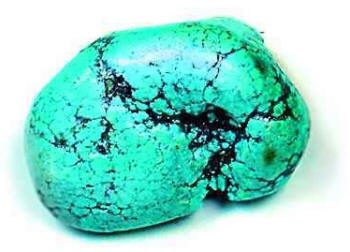 The stone is thought to have been used as a protection against evil for centuries. Also a talisman of good fortune and health with findings showing that the Chinese used it for intricate carvings and the ancient Egyptians as adornments of jewellery.

This is not an extensive history of the Turquoise crystal.  Rather a dip into the myths and facts that have fascinated the team at International Crystals. Something which we thought we would share with you!

Turquoise in China and Tibet

Let’s firstly take a look at China, where the turquoise mineral was revered nearly as much as the Chinese revered Jade at the time. Little turquoise was actually mined in China, it was produced through trade, as far back as the thirteenth century. Mainly  with the Mongols, Tibetans, Turks and Persians.

Excavations in the huge Bronze Age site of Erlitou in the Henan Province of China uncovered remnants of what is thought to be the Xia or Shang Dynasty. It was thought to have been occupied at around 3500 to 1250 BC. Amongst the eight identified palaces in Erlitou, artefacts that were linked to graves were discovered that were made of turquoise, bronze and jade. A significant find was the oldest known dragon totem that incorporated over 2000 pieces of turquoise. This is said to date back over 3700 years. It is said that around 80% of turquoise mined worldwide is now sourced from China and Tibet.

In Tibet, legend is that turquoise was valued highly for its healing properties. Furthermore it was believed that most Tibetans carried a piece to ward off ill health and as a means of protection from evil. It was also thought to have been traded as currency in Tibetan culture. The stone is the national gem of Tibet and Tibetan turquoise has a definitive blue, green hue that often contains a spider web matrix. The main mining areas are associated with the high mountains at the North of Bhutan.

As well as green malachite, the Goddess Hathor was also associated with the blue, green hues of Turquoise. Because the colour green in Egyptian mythology was said to signify flourishing health. The blue quality of turquoise signified protection, fertility and luck.

Egyptians favoured turquoise for jewellery and ornamentation. The oldest excavated piece is said to be the turquoise and gold bracelet discovered on the wrist of Queen Zer which dates back to about 5500 BC. The crystal was also a popular adornment for the tombs of Royalty and the famous Pharaoh, Tutankhamen. He had the gem embedded in his tomb and his burial mask.

Turquoise and the Aztecs

In ancient Mesoamerica, turquoise was highly valued for its rarity, beauty and healing properties. It was said to have been brought to the Aztecs from what is now America. Also it was said that the Aztecs thought this stone would protect them and give them strength in battle. It is believed that, before battle, they formed arrow heads from turquoise for greater accuracy. They also bored holes in their teeth and adorned the holes with turquoise.

The health protection properties of turquoise made it a popular offering to the Aztec Gods and also as Gifts for other tribes and civilisations. One of these gifts is thought to have been from the Aztec emperor, Moctezuma II, to Spanish conquistador Hernán Cortés on invasion in 1519. It is a double headed serpent sculpture of which the body is carved in wood and inlaid with turquoise, conch shells and crab shells. It is was thought to have been used in Aztec religious ceremonies and is currently on display in the British museum. 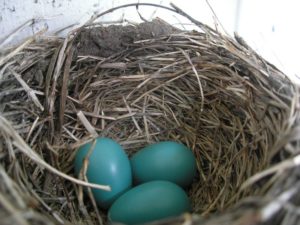 Persians revered the turquoise gem stone and the location was thought to have the oldest natural turquoise mines. It was also said that the best quality mined stone came from this area which was typically a ‘robin egg’ blue with a lack of the usual spider web matrix within. Also it was extensively used in objects and ornamentation as well as used to adorn religious and important buildings within the land. It was often etched in words of Arabic and inlaid in gold.

As the national stone for Millennia, the gem was worn around the wrist or neck to protect the wearer against the circumstance of unnatural death. Doom was said to be imminent for the wearer if a change of colour was apparent in the stone, however if the moon cast a reflection on the crystal then it was said to bring luck!