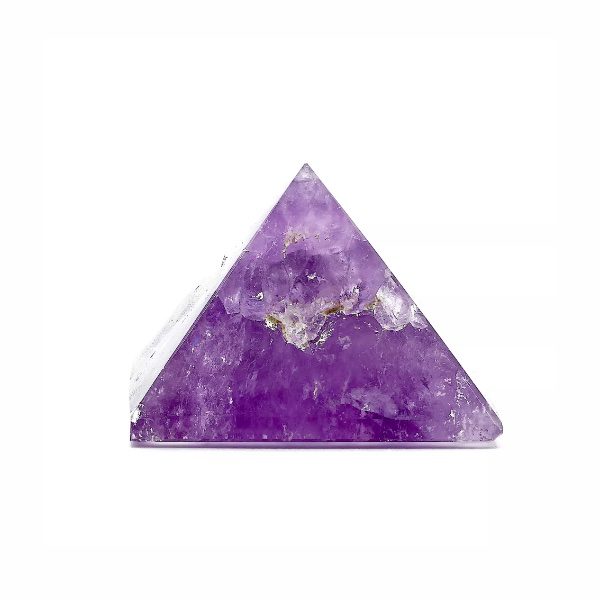 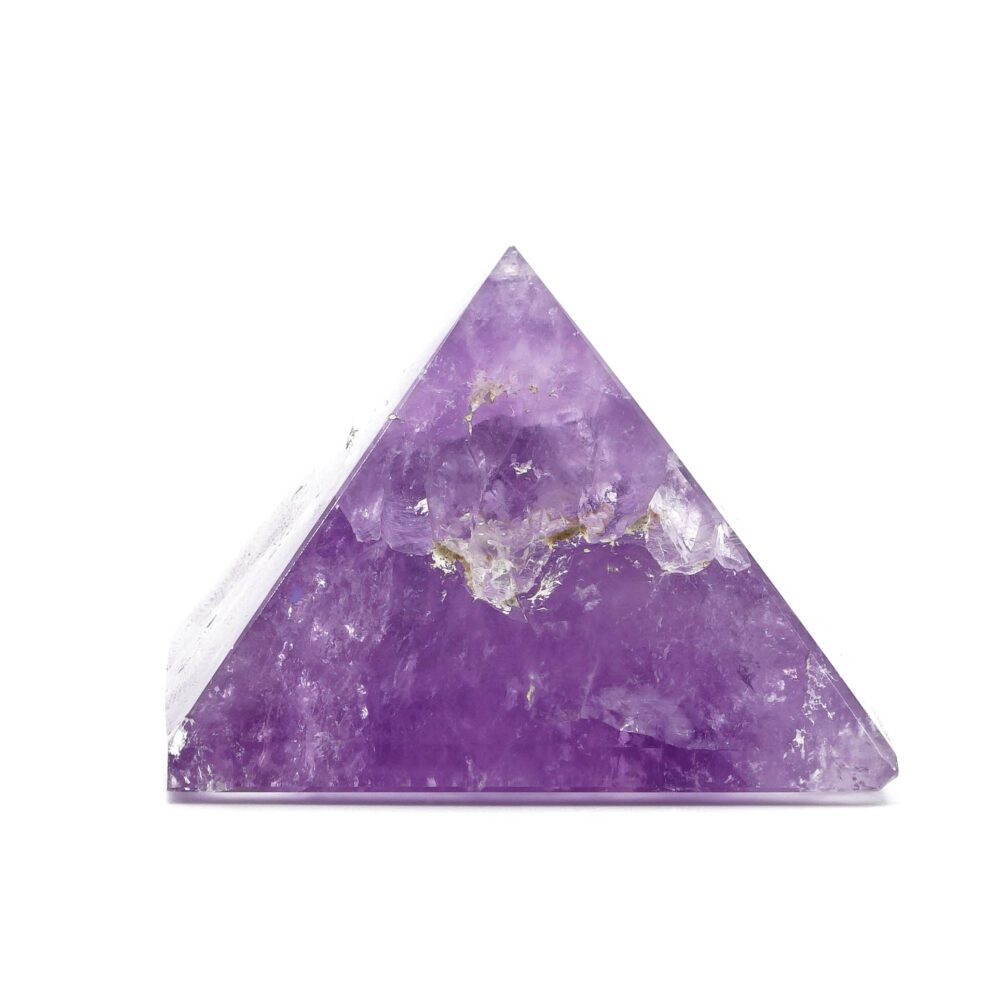 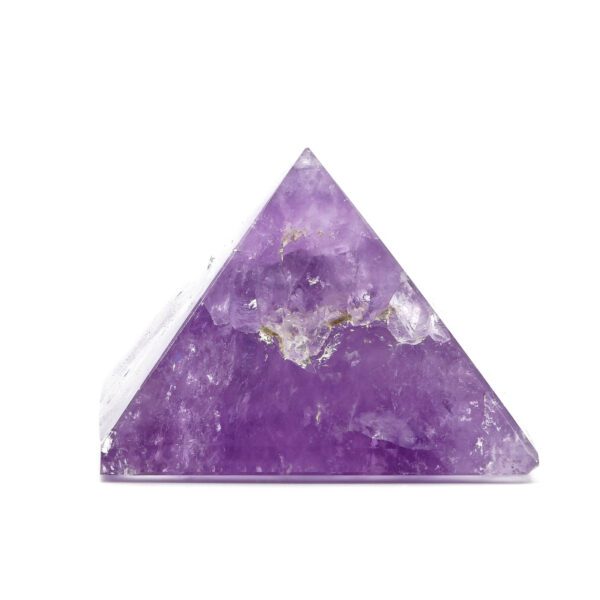 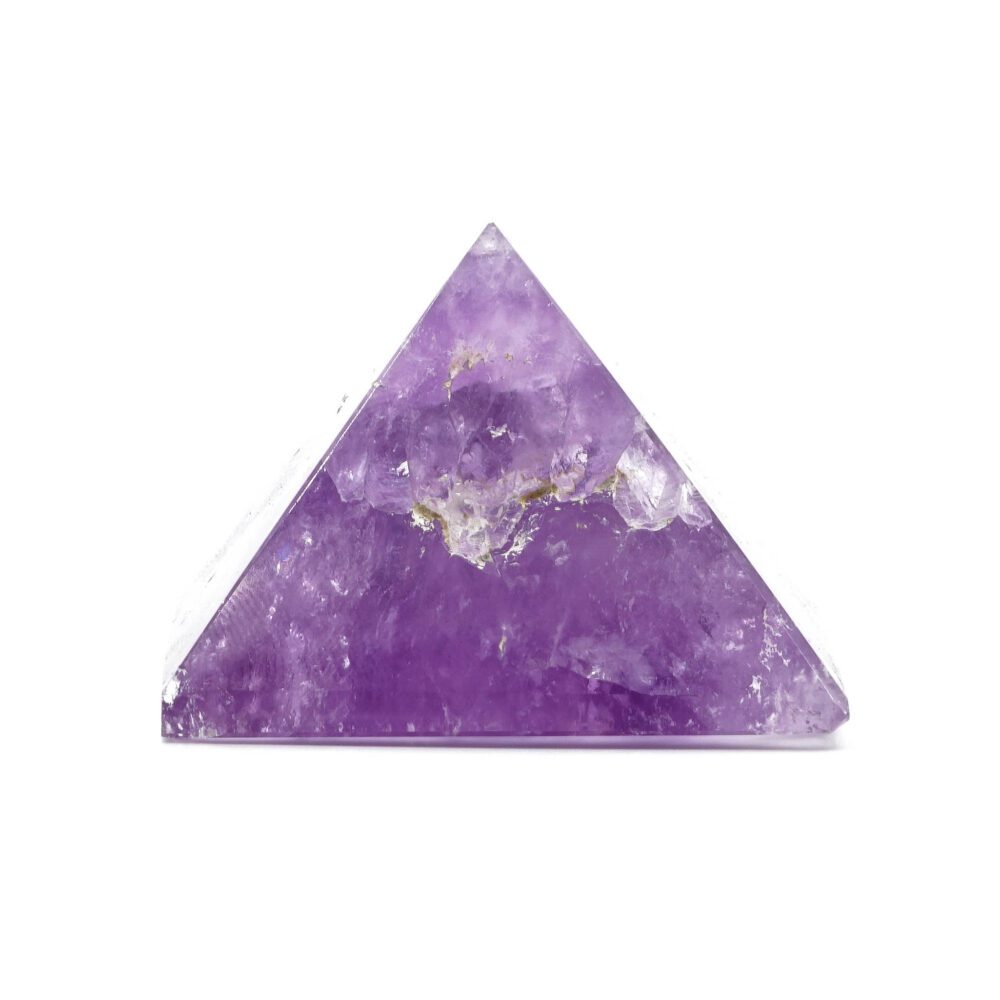 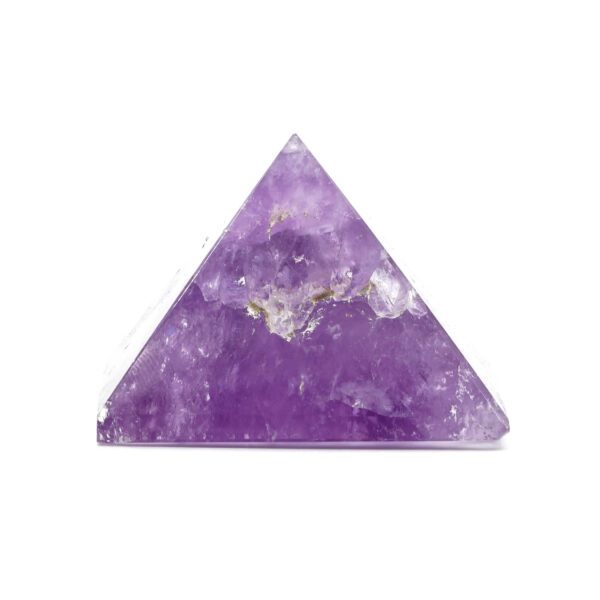 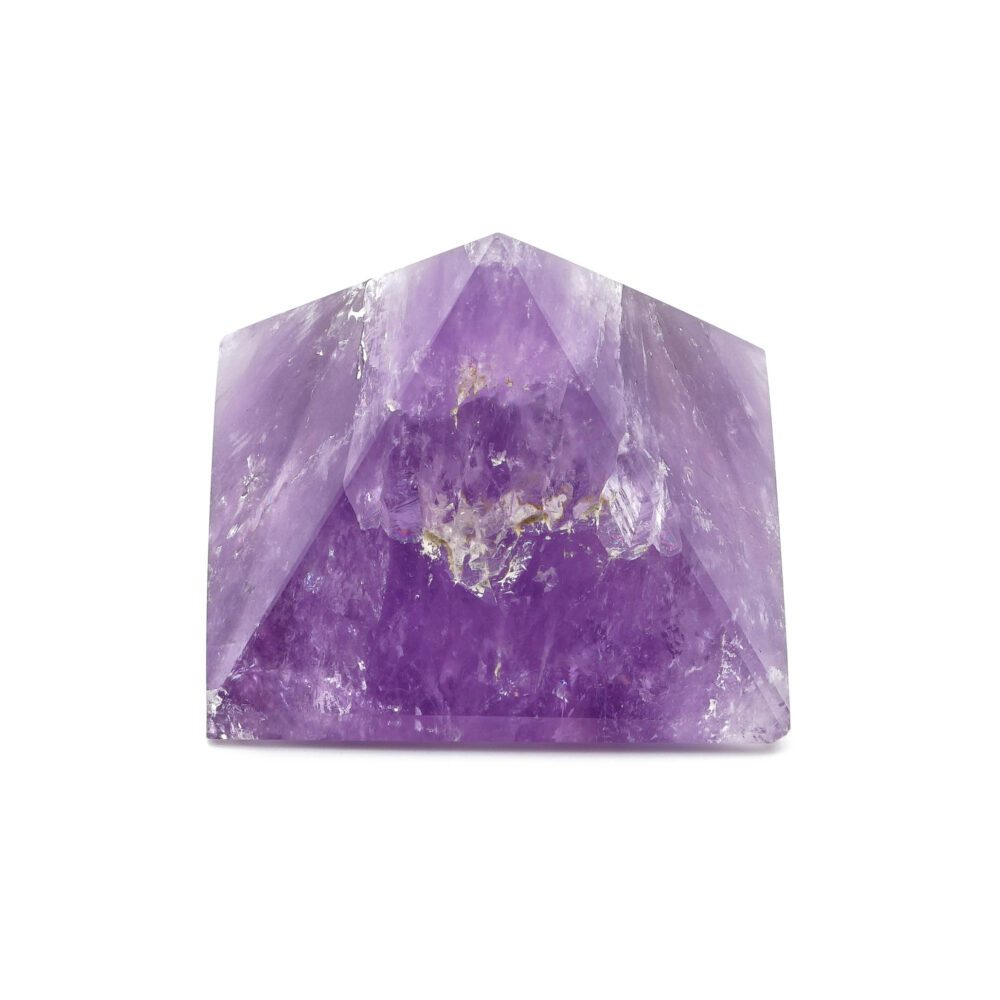 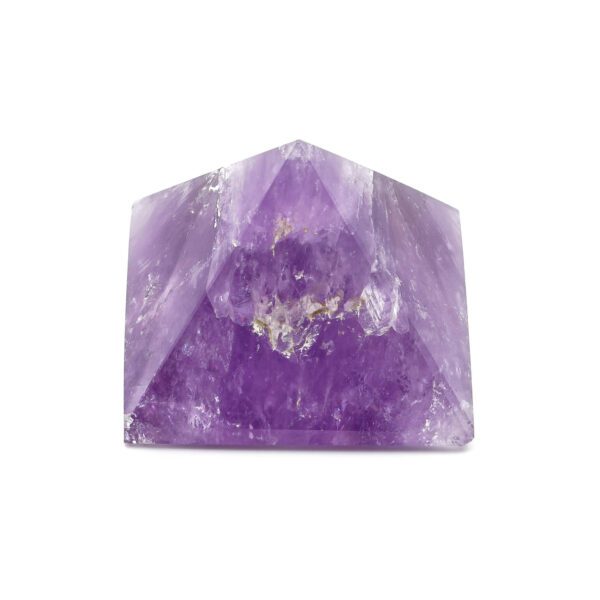 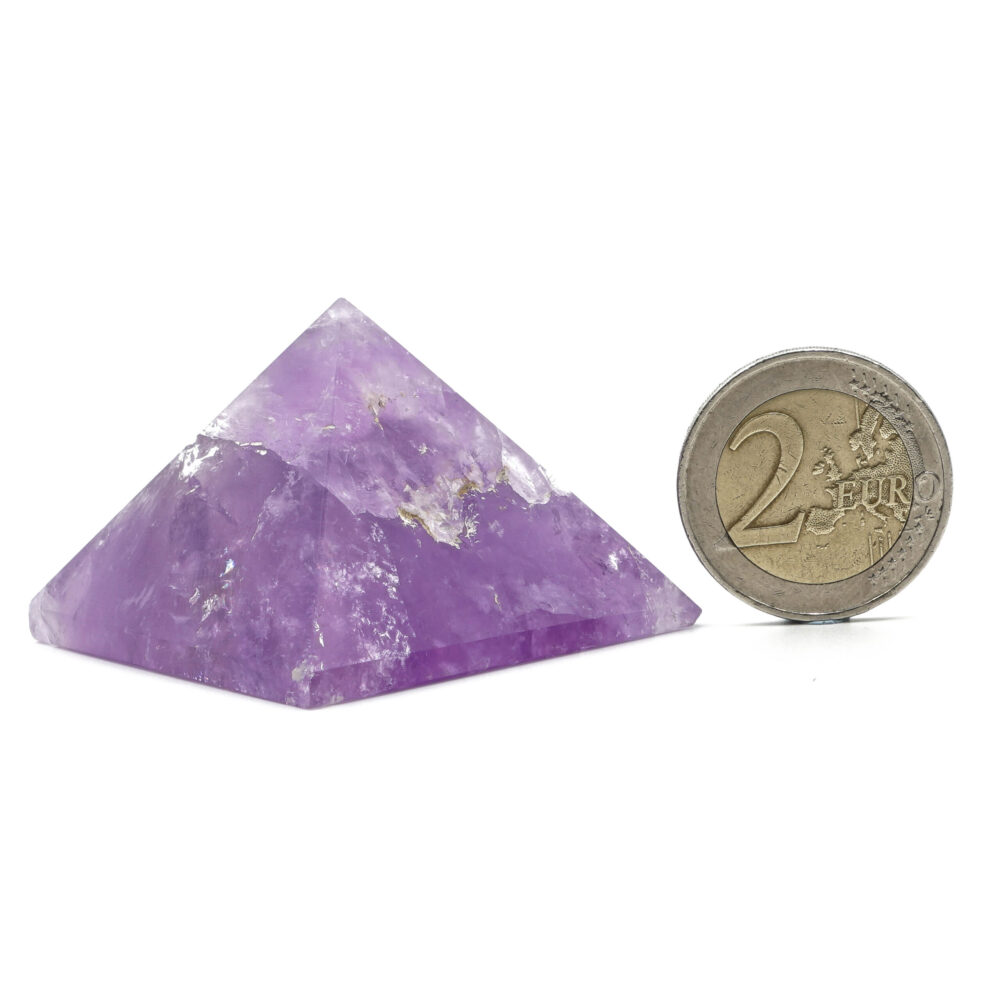 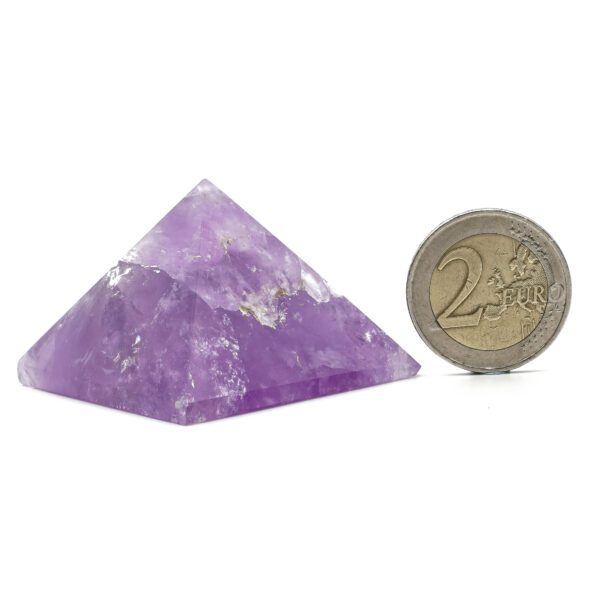 ITEM: This is an exquisite ‘A Grade’ Brazilian Amethyst Polished Pyramid from Brazil

PROMISE: We promise to provide you with the finest vibration of Crystal, the Crystal you receive may differ slightly from that in the image, but will be no smaller, in weight or size.

A Pyramid is a structure whose outer surfaces are triangular and converge to a single point at the top, making the shape roughly a pyramid in the geometric sense. The base of a pyramid can be trilateral, quadrilateral, or any polygon shape, meaning that a pyramid has at least three outer triangular surfaces (at least four faces including the base). The square pyramid, with a square base and four triangular exterior surfaces, is a standard version. A pyramid’s design, with the majority of the weight closer to the ground and with the pyramidion on top, means that less material higher up on the pyramid will be pushing down from above.

Crystal Pyramids were associated with the legendary city of Atlantis, an ancient, advanced civilization that was known for their crystal technology. It has also been suggested that pyramids are a robust power source and have been linked to all the ancient civilizations. Pyramids amplify and then tightly focus energy through the apex. A crystal pyramid can be used to draw off negative energy and blockages from the Chakras. A gemstone pyramid is also used to enhance and focus the inherent properties of the stone. Every stone or crystal has different properties.

Mental: Amethyst crystals are said to have calming properties that provide clarity of thought to the brain. It also aids with the relief of OCD Obsessive Compulsive Disorder and hyperactivity and is the stone of sobriety

Emotional: Amethyst brings calm to angry minds and soothes anxiety. It brings clarity of thought and centres on those who are over-stressed or overwhelmed. It can help in the identification of the primal cause of behavioural patterns and emotional habits and is essential in the negation of addiction and intoxicating drivers.

Physical: Amethyst aids the digestive tract as well as the heart, stomach, and skin. It reduces pain and swelling and heals bruising. The stone also has strong properties in the strengthening of the nervous system and endocrine glands, relieves headaches, and reduces nervous tension

watch our Free Videos on Crystals

Learn to become a Crystal Therapist

Find out the benefits of a Crystal Healing Session

There are no reviews yet.

Be the first to review “Amethyst Pyramid – Brazil” Cancel reply